During these difficult times it can be hard to imagine a world that's back to how it once was pre-corona but before you know it we will be back outside enjoying ourselves, spending time with loved ones we've not seen in a while, watching live theatre and not getting shopping rage when someone doesn't adhere to the 2 metre policy.

So in preparation for better times we've listed our top 10 comedy shows heading to Devon in the future that we're really looking forward to and where to get your tickets for the best price!

Also you can watch all the acts mentioned here plus many more at our YouTube channel CLICK HERE to watch now and don't forget to subscribe.

Returning to the Princess Theatre Rhod Gilbert brings his critically acclaimed stand up show 'The Book of John' for a second time following the success of the same show in May 2019. Lucky enough to watch this show in May from the front row we can vouch for the classic high quality we're used to expecting with Rhod's joke writing and story telling.

This show sees Rhod as funny as ever, but like never before. Raw, personal and brutally honest; no more lies, no more nonsense.

Tickets from £31.90 are available at the link below

Let the beaky boy from hit sitcom Friday Night Dinner and Plebs tell you the story of how he spent his life trying to avenge the theft of his foreskin. Previous winner of the Leicester Mercury Comedian of the Year and nominated for Best Breakthrough Artist at the British Comedy Awards, you might also have seen Tom as the drunkest guy on Drunk History, sassing Chris Ramsey in an epic Roast Battle and getting overly competitive in a pub quiz.

Tickets from £20 available at the link below

Possibly most well known to the layman as "those sisters that sang the song on those Halifax adverts" Flo and Joan are very experienced and well respected within the comedy industry.

Following last year’s sell-out shows at the Edinburgh Festival, London’s Soho Theatre, national UK tour and at the Melbourne International Comedy Festival, musical comedy sisters Flo & Joan have a new hour of their dark and waggish songs to parade about the place.

Having headlined the Torquay Comedy Clubs show in December 2019 Larry can't get enough of Devon and is returning with his hit tour show 'Fudnut'.

Double Edinburgh Comedy Award-nominee and star of Live At The Apollo returns with a brand new hour of ‘confessional storytelling at its funniest‘ (Herald★★★★★). As seen onMichael McIntyre’s Big Show, Mock The WeekandRoast Battle.

Tickets from £15 available at the link below

Ellie is a powerhouse of a comedian, with relatable tales of parenting woe her latest tour show 'Don't Got This' is an almost guaranteed laughfest!

Fresh from her debut Netflix stand-up special, the star of The Mash Report, Live at the Apollo and QI is back with a brand-new show.

Join Ellie as she bangs on about life, love and what will happen if one more person tells her “you got this”.

Tickets from £17.50 available at the link below

Before he became TV star Joel has a history of performing throughout Devon, he's graced many stages at comedy clubs across the county and we're excited to see him return to Exeter with his new tour show.

The start of 2019 saw Joel release a 30 minute stand-up special for NETFLIX as part of a global comedy event Comedians of the World.

He has also achieved a place on the Sunday Times Bestseller list with his book It’s Not Me It’s Them which was recently released in paperback.

Tickets from £21 available from the link below

Jimmy makes a point of visiting Torquay on every tour he does and boy are we glad he does! Labelled as the hardest working man in comedy Jimmy's back once again with his new tour Terribly Funny.

Jimmy knows that terrible things happen in life – but he believes the best way to cope is to make jokes about those events and not to worry about political correctness. His audiences have been warned.

Tickets from £33.65 are available from the link below 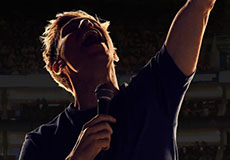 Whilst Russell gave the Torquay Comedy Club a shout out on national Radio 1 announcing he was keen to perform for us (we're still holding him to that offer!) seeing him at Plymouth Pavilions will be a sure visit from us.

Riding high on the success of his Sky One show The Russell Howard Hour, and his global smash Netflix special Recalibrate, Russell is back on stage where he belongs, making sense of a world that’s spinning out of control.

Tickets from £33.60 are available from the link below

Another re-scheduled date but we have the highest hopes for this show following the huge following Josh's last tour show 'What Do I Do Now?' gained. Local legend and star of The Last Leg Josh is back with his brand now show 'Bit Much', expect non stop laughs as he navigates a show full of gags, grumbles and jokes in which Josh will finally tackle the hot comedy topics of advent calendars, pesto and the closing time of his local park.

Tickets from £24.40 are available from the link below

Well it had to be didn't it! Apart from our regular monthly sell out comedy shows we are hosting some huge name acts at our Grand Shows including Sean Lock, Jason Manford and more to be announced.

We are so excited be bringing some huge names to the good people of Torquay right on your doorstep.

Ticket from £25 are available from the link below 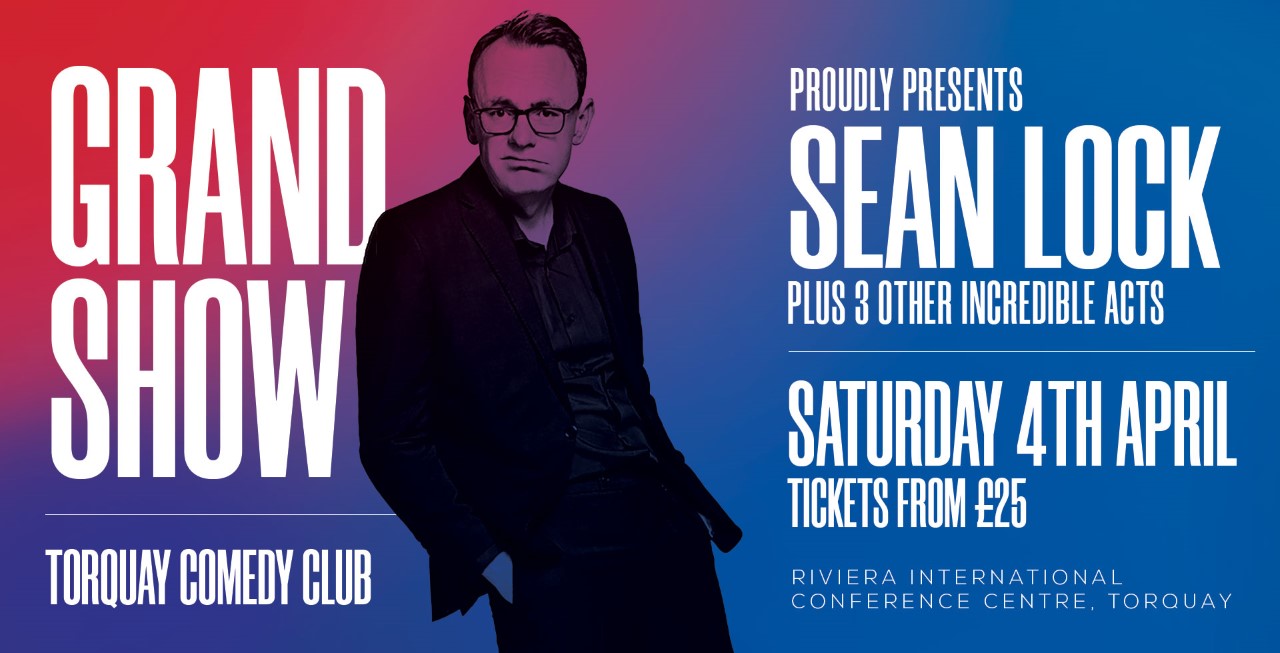 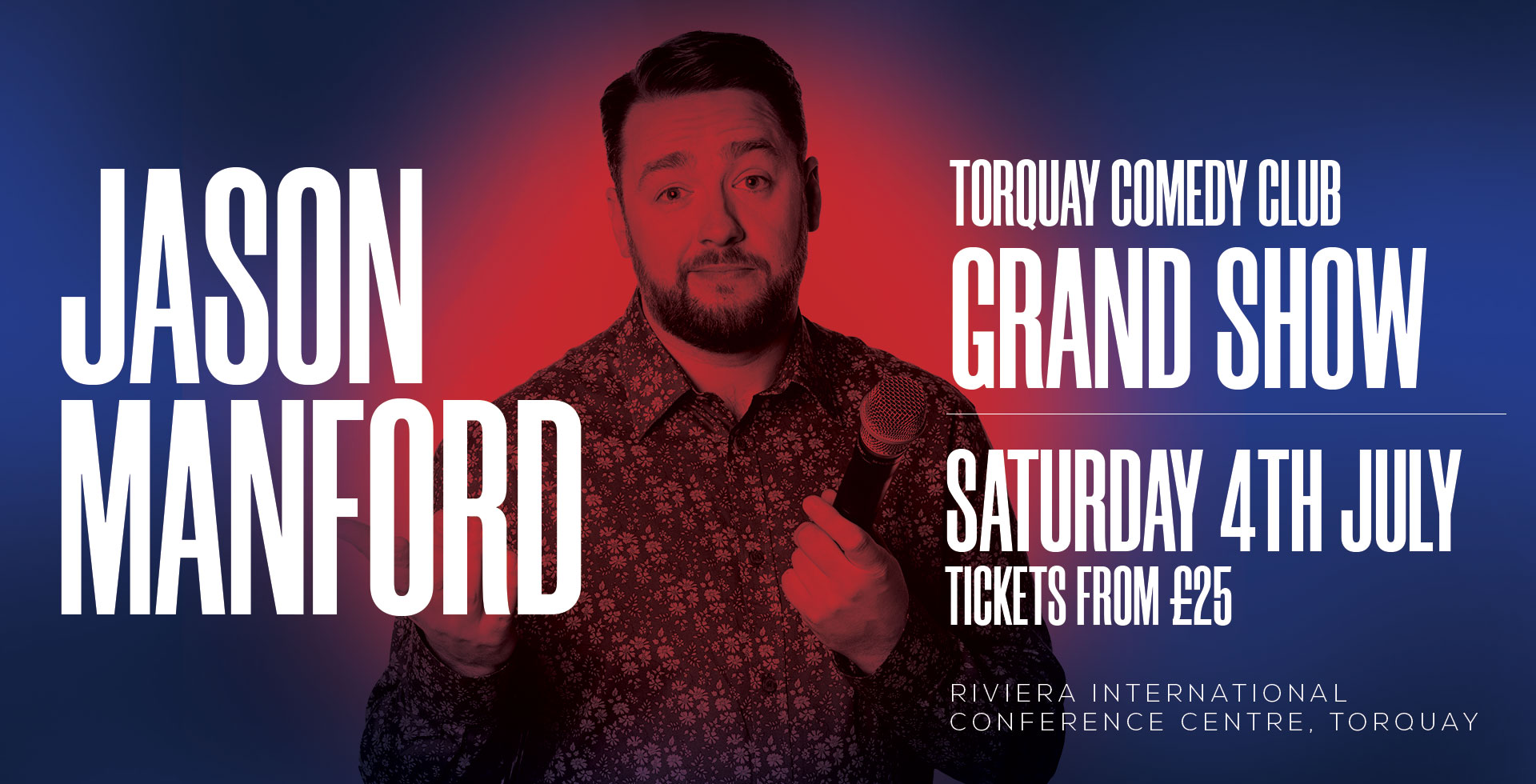 Remember you can watch all the acts here and over 30 hours of FREE comedy at our YouTube channel CLICK HERE to watch now and don't forget to subscribe.

Do you have tickets to any of the shows we've mentioned?

Let us know in the comments below.

Must watch Netflix stand up!

We caught up with Waffles mum!